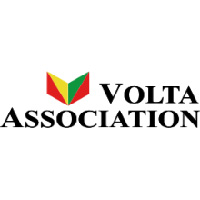 The Volta Association, formerly Volta Club, is the umbrella which unites the community of Ewes and people of Ewe descent (transcending the international borders of Ghana, Togo and Benin) who reside in the Washington D.C. Metropolitan Area. It is also the official mouthpiece of Ewes in the Metro Area. This dynamic and forward looking Association, which has no political affiliations anywhere, is a non-profit, charitable IRS Code 501(c) (3) organization and thus qualified to accept tax-deductible donations. The Volta Association, Inc. holds an active membership in CEANA (Council of Ewe Associations in North America). CEANA is the international umbrella of all Ewe Associations world-wide and it holds an annual congress in cities in the United States and Canada (visit the Volta Association’s website below for this year’s congress schedule).

Prior to the inception of the Volta Club which became Volta Association Inc., on November 14th, 2009, there were precursor associations with shorter life spans like “Novisi”, “Novienyo” and etc. The Association accounts for initiating the first club newspaper, “The Volta Club News” (with Mr. Emmanuel Kudjo Ave as Editor) which recorded that the Volta Club was officially installed on December 11, 1983.

To instill the Ewe culture/heritage into its members, the Volta Association was the first club to form a dance troupe. The internationally acclaimed Volta Dance Ensemble, now led and directed by Mrs. Adzo Eseli Nutakor performs not only for Ewes but at other functions in the Washington area and CEANA congresses.

Volta Association broke new grounds by electing its first female President, Mrs. Doris Dzameshie, on November 7th 2010. Doris’ election brought a touch of mommy’s caring soft voice combined with a typical African lady’s toughness to the club which spurred on the current high energy and dynamism in the club. Ms. Dzameshie has already moved the club pretty high up the ladder of very active organizations in the Washington Metro Area.

Ms. Dzameshie’s pet project is to create a program that will encourage succession planning for the next generation. This is a deliberate process of preparing for the orderly transition of talents and in this case, the Ewe culture and tradition to the younger generation who would keep the torch afloat and burning for years to come. To effectively implement this program, the Association is working with the Executive Director of the African Cultural and Resource Center on revenue generating ventures and thus ensuring that the program is self-supporting.