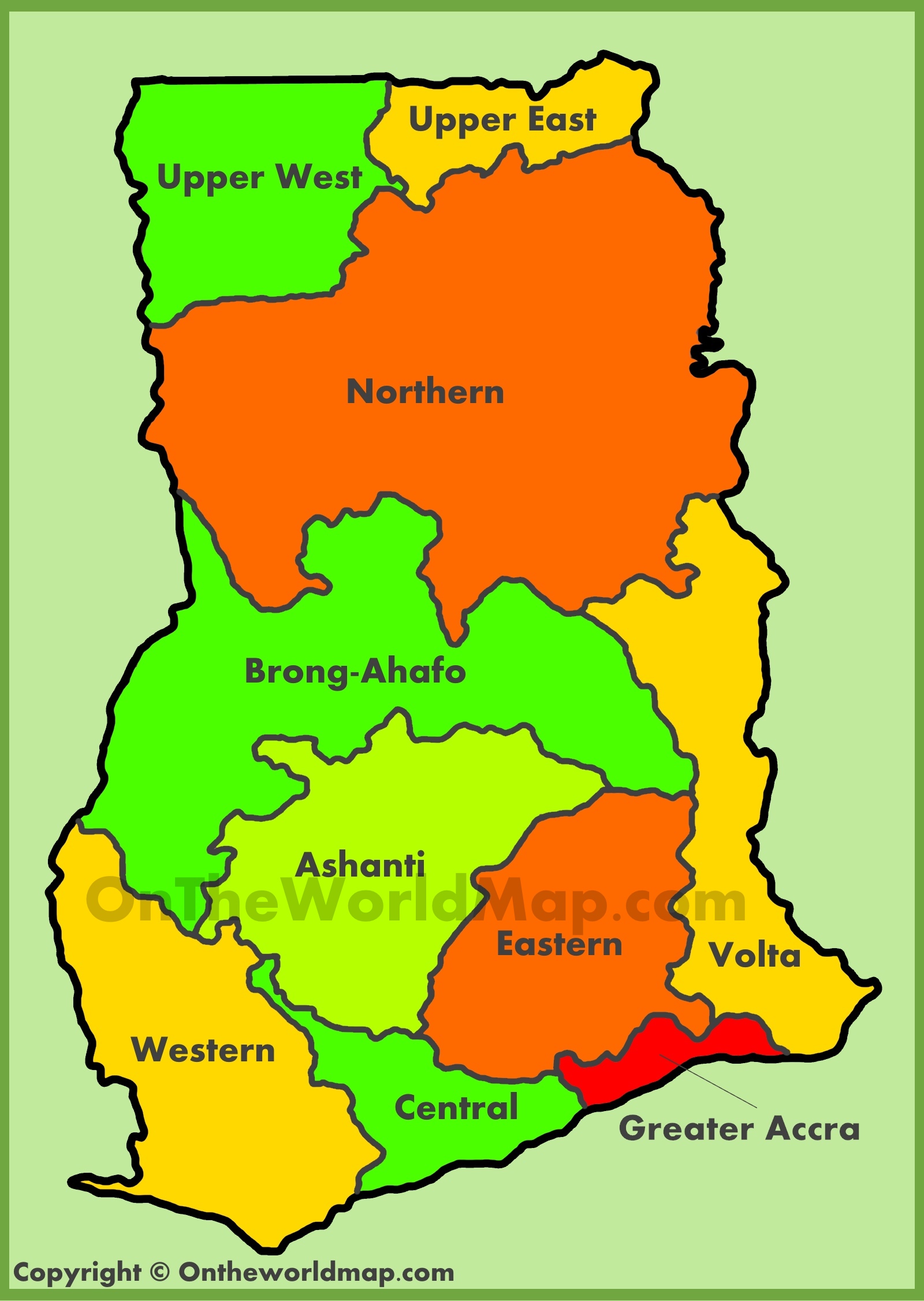 Ghana is a country located on the Gulf of Guinea, only a few degrees north of the Equator, therefore giving it a warm climate. The country spans an area of 238,500 km2 (92,085 sq mi). It is surrounded by Togo to the east, Côte d'Ivoire to the west, Burkina Faso to the north and the Gulf of Guinea (Atlantic Ocean) to the south. Ghana lies between latitudes 4° and 12°N, and longitudes 4°W and 2°E. The Prime Meridian passes through the country, specifically through the industrial city of Tema. Ghana is geographically closer to the "centre" of the world than any other country even though the notional centre, (0°, 0°) is located in the Atlantic Ocean approximately 614 km (382 mi) south of Accra, Ghana, in the Gulf of Guinea.

The country encompasses flat plains, low hills and a few rivers. Ghana can be divided into five different geographical regions. The coastline is mostly a low, sandy shore backed by plains and scrub and intersected by several rivers and streams while the northern part of the country features high plains. Southwest and south central Ghana is made up of a forested plateau region consisting of the Ashanti uplands and the Kwahu Plateau; the hilly Akuapim-Togo ranges are found along the country's eastern border. The Volta Basin also takes up most of central Ghana. Ghana's highest point is Mount Afadjato which is 885 m (2,904 ft) and is found in the Akwapim-Togo Ranges. The climate is tropical. The eastern coastal belt is warm and comparatively dry, the southwest corner is hot and humid, and the north is hot and dry. Lake Volta, the world's largest artificial lake, extends through large portions of eastern Ghana and is the main source of many tributary rivers such as the Oti and Afram rivers.

There are two main seasons in Ghana: the wet and the dry seasons. Northern Ghana experiences its rainy season from March to November while the south, including the capital Accra, experiences the season from April to mid-November. Southern Ghana contains evergreen and semi deciduous forests consisting of trees such as mahogany, odum and ebony. It also contains much of Ghana's oil palms and mangroves. Shea trees, baobabs and acacias are usually found in the Volta region and the northern part of the country.